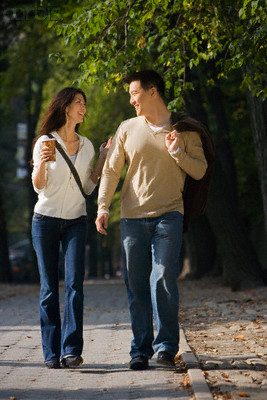 Looks like a couple… but are they actually from inside?

I have a habit of roaming around rooms throughout (Two reasons, I need physical presence and I hate spending mobile balance). So, as usual, I was in one of the rooms. While I was sitting, let’s name that friend Mr. “Don’t Guess”.

He changed his shirt two times, changed his jeans, sprayed deo all over his shirt and looked at the mirror and set his hair. I already knew for whom he was doing that but still I asked his roomie, “Going Civil Lines with her?”

“Who else?” came back the reply.

I couldn’t help but notice that both my friend and his “friend” are displaying some common characteristics of a couple. They both dress up super nice for each other. They talk or chat or SMS nearly every evening. They are seen in canteen together. He gets slightly jealous when some guy approaches her. The guy sometimes makes an extra (real extra) effort to ensure she remains comfortable. The girl also subtly lets him know about her whereabouts.

­I can assure you that “Don’t Guess” and his “friend” are not involved in any relationship. Neither they have any feelings for each other. He is not hiding from me because I know who he actually likes. Same is with the girl. (Although girls are not decipherable but some credible sources). Neither are they socially retarded.

Due to this pseudo nature, I realized they are “pseudo-boyfriend” and “pseudo–girlfriend”. Act like a couple, but not feel like a couple.

What could be the origins??

You see, we have lots of different relation and lots of them are emerging new with different scenarios. But nevertheless, it is fun to study those relations and getting to know it. Look around and you will also find them. Next time, probably, you can tease them up.

Warning: Don’t confuse it with “just Friends”… In that case, feelings are there, they simply hide it. 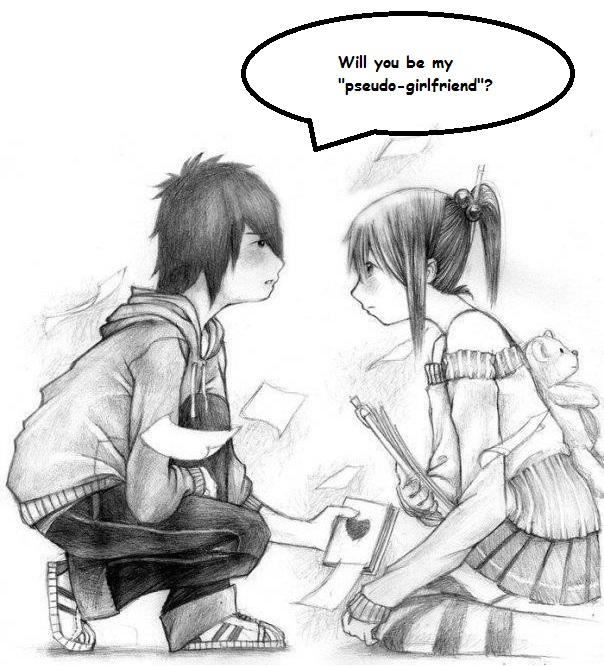 Hope it hasn’t happened to my pseudo couple friends…